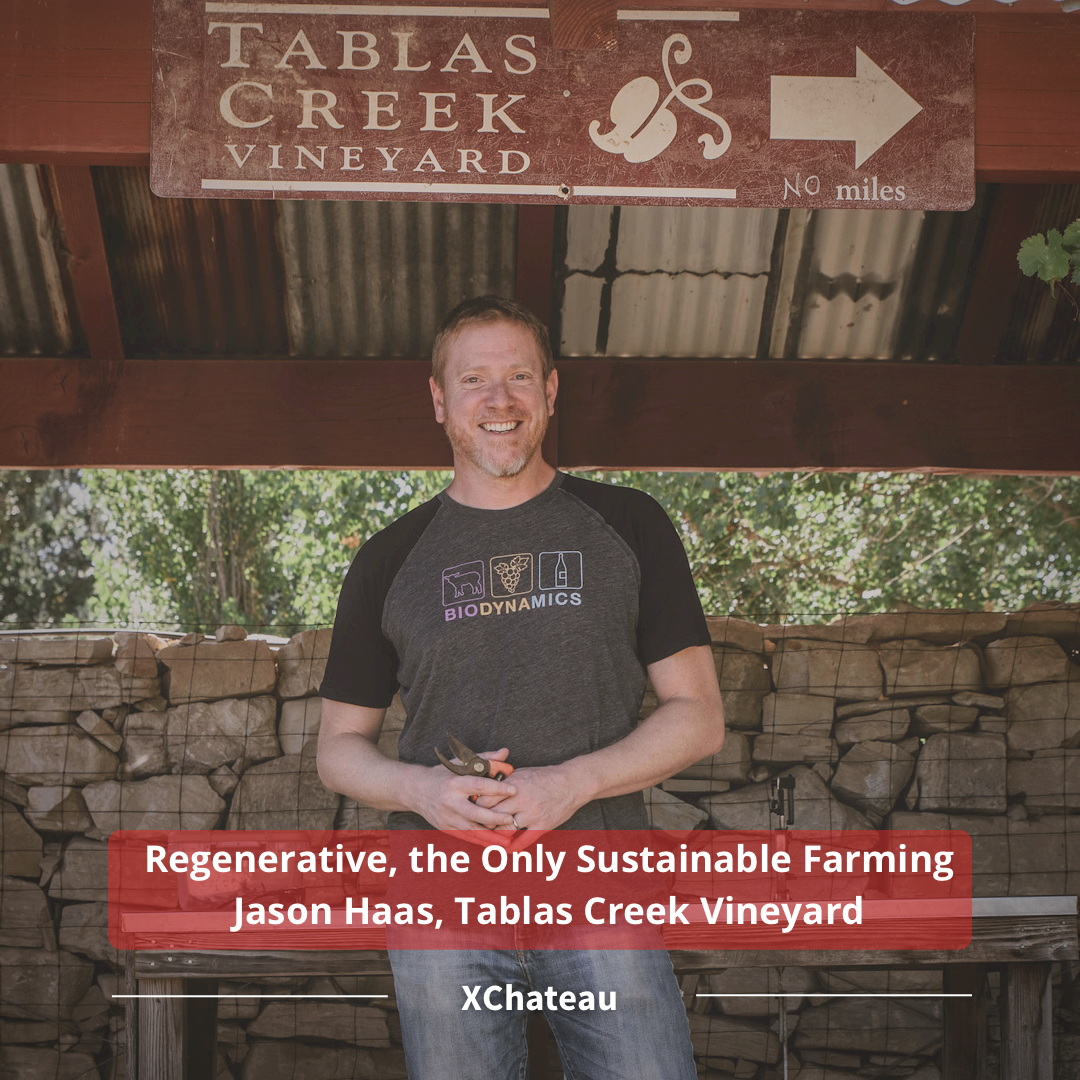 Regenerative farming takes into account the farm’s impact on the soil, community, and region.

Taking over from his father, 2nd generation proprietor of Tablas Creek Vineyard, Jason Haas left a career in technology to dig into the soils of Paso Robles. Spearheading the conversion to Biodynamic farming and now the certification of Regenerative Organic farming, Tablas Creek has pioneered not just the Rhone movement in California, but of Regenerative farming, which looks to take into account the farm’s impact on the soil, community, and region. Jason believes that Regenerative farming is the only truly sustainable way to farm. Listen in to Tablas Creek’s progression from organic to biodynamic to regenerative.

Regenerative farming - similar to biodynamics, but thinks more about the externalities of agriculture

Benefits of the various farming practices